In 1990, in an occupation of the northern region of Campinas, the resident Maria Ileide Martins realized there was need of a place where mothers could leave their children while they went to work.

Tia (aunt) Ileide, as she was known, put such a place together, and that was CPTI’s beginning. At first, it was a day-care center that looked after sixty children in an improvised woodshed, built by the community residents.

Times were hard, but the community worked hard and united to maintain the operations by throwing parties, bingo games, carnivals and events to raise funds and take care of the children.

Ileide and the locals used to volunteer and ask for donations on one day so that they could feed the children on the next one. Those children, many of which malnourished at first, had breakfast, lunch, and soup in the afternoon. The joining of Mrs. Sylvia Leeven, at whose residence Ileide worked, strengthened the institution, leading it to its formal foundation in June 27th of 1992, when it received its current name: Centro Promocional  Tia Ileide – CPTI.

Sylvia brought the support of the association Primavera Dritte-Welt-Hilfe (Stuttgart – Germany; known in English as Primavera – Helping children in need) and Fundação FEAC, enabling an expansion in the accomplishments and in the provided assistance. This association, composed of employees and former employees of Germany’s Robert Bosch, in partnership with Bosch, Campinas, raised funds to build the first unit in brickwork, opened in May of 1994.

The partnership with Fundação FEAC, in 1995, ensured the continuation of the operations. The daily fight for food and a better standard of living for the children caused the institution to fight for water and electricity for the neighborhood as well.

The coming of such benefits brought great joy to all, for it enabled the children to receive proper baths. With the community, volunteers and partners’ support, the operations were expanded until the present level of assistance, which covers communities of about 30 neighborhoods of the district of Nova Aparecida, in Campinas-SP. 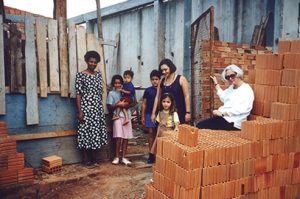 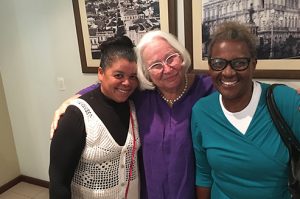 Who We Are
Units
Mission